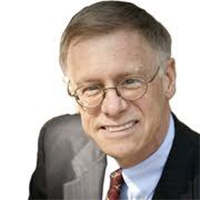 JOHN KAMENSKY, IBM CENTRE FOR THE BUSINESS OF GOVERNMENT

Mr. Kamensky is a Senior Fellow with the IBM Center for The Business of Government in Washington, DC, which sponsors research on management challenges facing government leaders.During 24 years of public service, he had a significant role in helping pioneer the U.S. federal government’s performance and results orientation. He is passionate about creating a government that is results-oriented, performance-based, customer-focused, and collaborative in nature. Prior to 2001, Mr. Kamensky served for eight years as deputy director of Vice President Gore’s National Partnership for Reinventing Government. Before that, he worked at the U.S. Government Accountability Office for 16 years where he played a key role in the development and passage of the Government Performance and Results Act of 1993. During his time with the IBM Center, he has edited or co-authored eight books and writes and speaks extensively on leadership, organizational performance management, collaborative governance, strategic foresight, and government reform.

Mr. Kamensky is an elected fellow of the National Academy of Public Administration and appointed to be senior fellow with the Administrative Conference of the United States. He serves on the National Science Foundation’s Business Operations Advisory Committee. He was the recipient of the Association of Government Accountant’s Cornelius Tierney Research Award in 2011, appointed to the IBM Industry Academy in 2018, and received the Theodore Roosevelt Government Leadership Award in 2019.

He received a Masters in Public Affairs from the Lyndon B. Johnson School of Public Affairs at the University of Texas at Austin in 1977, and a Bachelors of Arts in Government at Angelo State University, in San Angelo, Texas, in 1975. 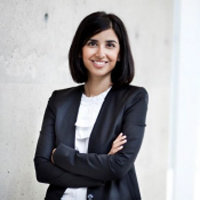 Dr. Sonia Kang holds the Canada Research Chair in Identity, Diversity, and Inclusion, and is an Associate Professor of Organizational Behavior and Human Resource Management at the University of Toronto, where she is also a Faculty Research Fellow at the Rotman School of Management’s Institute for Gender and the Economy (GATE) and Chief Scientist, Organizations in the Behavioural Economics in Action Research Centre at Rotman (BEAR). Sonia earned a PhD in Social Psychology from the University of Toronto and completed a SSHRC Post-Doctoral Fellowship at Northwestern University.

Sonia’s research explores the challenges and opportunities of identity, diversity, and inclusion. She takes a novel approach by harnessing the power of behavioral insights and organizational design to disrupt systems, processes, and structures that block the path toward diversity and inclusion for individuals, organizations, and society.

Some recent themes investigated in her research include diversity and inclusion in STEM and medicine; using choice architecture to eliminate the gender gap in competition; disclosure of designated group status under the Canadian Employment Equity Act; the effects of high and low power on performance; the interpretation of equality rights under the Canadian Constitution; the effectiveness of pro-diversity statements; and the decision to reveal or conceal race and gender cues when navigating the labor market. Sonia’s research on “resume whitening” won two best paper awards and was recently ranked #3 on Financial Times’ global top 100 list of “business school research with social impact” (!).

Sonia’s research has been published widely in top-tier academic journals including Administrative Science Quarterly, Academy of Management Journal, The Lancet, the Journal of Personality and Social Psychology, Psychological Science, and Annual Review of Psychology, and is frequently featured in media outlets such as The Harvard Business Review, The Financial Times, Forbes, The Globe and Mail, The Guardian, The Atlantic, and on CBC Radio.

Sonia is a sought-after speaker, consultant, and expert commentator with a unique ability to translate complex research findings into actionable and impactful insights. She is the host of For the Love of Work (fortheloveofwork.ca), a podcast that explores practical solutions to today’s workplaces challenges, touching on important and timely topics including resilience, values, diversity and inclusion, and psychological safety. Sonia was recently honored for her work with a 2021 Report on Business Changemakers Award.

Sonia lives in Toronto with her husband and their two young sons. 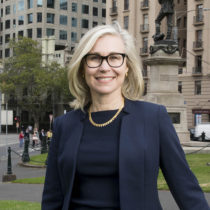 Jennifer Keesmaat is passionate about creating places where people flourish. Named one of the “most powerful people in Canada” by Maclean’s, one of the “most influential” by Toronto Life, and one of the top Women of Influence in Canada, she spent five years as Toronto’s Chief City Planner, where she was celebrated for her forward thinking and collaborative approach to city-building.

A Distinguished Visitor in Residence Emeritus at the University of Toronto, Keesmaat continues to share her vision for cities of the future, and her belief in the importance of public sector leadership through a variety of publications including The Guardian, Macleans, The Globe and Mail, the Toronto Star, and on her podcast, Invisible City, where she covers a broad range of future city and technological topics.

Over the past fifteen years, as a founding partner of the Office for Urbanism and subsequently Dialog, Keesmaat has worked in municipalities across Canada and around the world on urban design guidelines, official plan reviews, culture strategies, and university campus master plans. She has been recognized for her expertise in transit planning, heritage preservation, strategy development, communications, sustainable economic development, and the creation of walkable, complete communities.

In 2018, Keesmaat ran for Mayor in the City of Toronto on a progressive, visionary platform that included addressing the housing crisis by building at scale on city owned land and implementing a Rent-to-Own program; neighbourhood-based crime prevention through the development of Community Wellbeing Plans; redesigning city streets to prioritize vulnerable users; the development of five Cultural Hubs to instigate renewal outside of the core; and the tearing down of the Gardiner Expressway to build a new walkable, transit-oriented waterfront neighbourhood community.

Today, Keesmaat heads up The Keesmaat Group. With her team of city building experts, she provides inspiration through public speaking, and delivers impact through her consulting services pertaining to creating complete, walkable communities. She is also on the Advisory Board of the Urban Land Institute in Toronto and appointed to the International Panel of Experts for the Singapore Urban Redevelopment Authority.

Keesmaat has a Combined Honours degree in Philosophy and English from the University of Western Ontario, and a Masters in Environmental Studies, Politics, and Planning from York University. As a Registered Professional Planner, her work has been repeatedly recognized by professional associations, including the 2016 President’s Award of Excellence from the Canadian Institute of Planners, the 2016 Bryden Alumni Award from York University, and the 2017 City Builders Award from EDIT/the Design Exchange. Jennifer’s TED talks include “Walk to School,” “Own Your City,” and “Taxes, Democracy, and Our Shared Interest.” 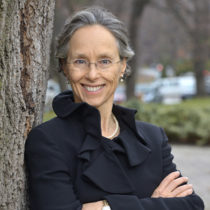 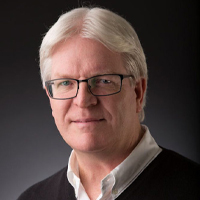 Bryan Smale is Director of the Canadian Index of Wellbeing housed in the Faculty of Health at the University of Waterloo (UW) and a Full Professor in the Department of Recreation and Leisure Studies with a cross-appointment to the Department of Geography and Environmental Management. He received his Ph.D. in Geography from the University of Western Ontario and both his Master’s and B.A. in Leisure Studies from the University of Waterloo. He is currently a member of Statistics Canada’s Advisory Committee on Social Conditions, an Advisor to the Vanier Institute’s Canadian Family Well-Being Index, Past President of the Board of Directors of the Canadian Association of Leisure Studies (CALS), and former Editor-in-Chief of Leisure/Loisir. His research is guided by a focus advocating for reducing inequities in wellbeing with particular interest in the role of leisure in the wellbeing of individuals and communities, the spatial distribution and analysis of quality of life in communities, time use allocation, and social indicators research. He was elected a Fellow to the Academy of Leisure Sciences in 2012 and honoured with the international Hall of Heroes Leadership Award by the Community Indicators Consortium in 2020.